A joint dislocation occurs when the bones in a joint are forcefully pulled apart and out of their normal alignment. Dislocating the bones of a large joint normally requires a lot of force and usually happens in occasions of accidents and injuries.

What is a dislocation of a joint?

Dislocations are most often caused by an injury that causes an impact on the joint, such as falls, car crashes, and collisions in contact sports. Smaller joints need less impact than larger joints. It may be easier to dislocate previously dislocated joints because the surrounding tissues that keep the joint in place may have weakened.

Shoulders and fingers are the body parts that most often have dislocated joints. Elbows, knees, and hips are some of the other places where joint dislocation can occur. If you suspect a dislocation, seek medical help right away.

After several weeks of rest and recovery, most dislocations return to normal when properly treated. However, certain joints, such as your elbow, may be more susceptible to repetitions. 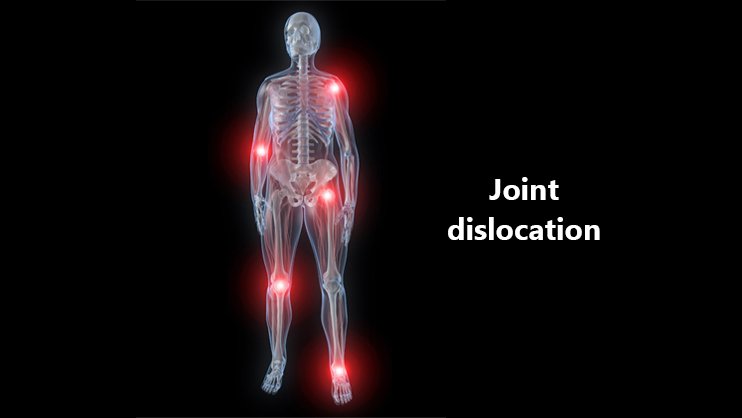 Dislocations can occur in any joint in the body, but some are more common than others. The most common dislocations are those of the shoulder (in adults) and the elbow (in children).

Joints cause bones to move against one another, allowing us to move our skeletons. Some joints, such as the elbow, are more mobile than others (having a wide range of movement of the bones). This is particularly true of versatile individuals such as gymnasts and ballet dancers. Some joints, such as the ankle or the tip of the finger, have a limited range of motion that is mostly in one direction. There is a trade-off between mobility and stability in general. Since there are more inflexible mechanisms keeping stable joints in place, they are less likely to dislocate. Factors That Raise The Chances of Joint Dislocation

Numerous factors can cause joint dislocation, either by weakening the joint’s support (requiring less force to dislocate it) or by increasing the risk of injury.

These are some of them:

A dislocated joint can be any of the following:

The goal of treatment is to evaluate the joint’s condition and any related injuries, then return it to its usual position without causing any further harm. To confirm the dislocation, imaging such as X-rays will be required to search for broken bones, and you most probably will need painkillers or an anesthetic.

Treatment varies depending on the severity of the injury and the dislocated joint. Here are the common treatments for Joint Dislocations:

If you’re battling arthritis for a long time, contact Chennai Ortho for help.

Dr. S. Arumugam,  Senior Consultant Orthopedic Surgeon, has unmatched expertise in Joint Replacement, that has made thousands of patients from all over the world pain-free, thanks to his expert diagnosis and skilled treatment.

Close Menu
Open chat
1
Hello, are you looking for consultation? How can we help you?